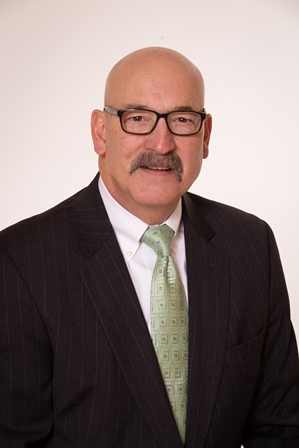 Richard E. Beck, Jr. is currently serving his first four-year term as an Allen County Commissioner from the 3rd District.  Mr. Beck succeeded Linda Bloom, who chose not to seek re-election after serving six consecutive terms as a county commissioner.

In addition, he serves as board chair of the Allen County Public Library Foundation Board of Trustees and is a board member of the ACPL Building Corporation.  He is also the regional chief elected officer of Work One.  He previously served on the Allen County Plan Commission.

Commissioner Beck was instrumental in establishing the inaugural Bravehearts Trail to Zero Ride in Allen County in October 2021.  This equine fundraiser brings awareness of the 20 Veteran suicides that occur daily in the United States.

Mr. Beck has been in the financial services industry for more than 40 years.  He spent his first 25 years with Fort Wayne National Bank in numerous roles and the last 18 years with STAR Financial Bank as Senior Vice President in Treasury Management Sales.

In addition to his career in banking, he has served as a senior adjunct faculty member at Concordia University of Wisconsin - Fort Wayne Campus teaching Management and Business Ethics and Marketing.  He is on the Advisory Board for the School of Business at Indiana Tech and serves as an Adjunct Faculty member.  He has taught for the Indiana Bankers Association and American Bankers Association.  Mr. Beck currently teaches for the North and South Dakota Schools of Banking and the Nebraska and Kansas Schools of Banking as well.  His teaching expertise led him to teach a summer session in Marketing at Concordia’s International University in Estonia.  He has published articles on sales, marketing and management for trade magazines and he is the author of the recently published 7th edition of the American Bankers Association textbook on Consumer Lending.

He resides in Lafayette Township with his wife, Sylvia, who is retired.  They have four children and 13 grandchildren.