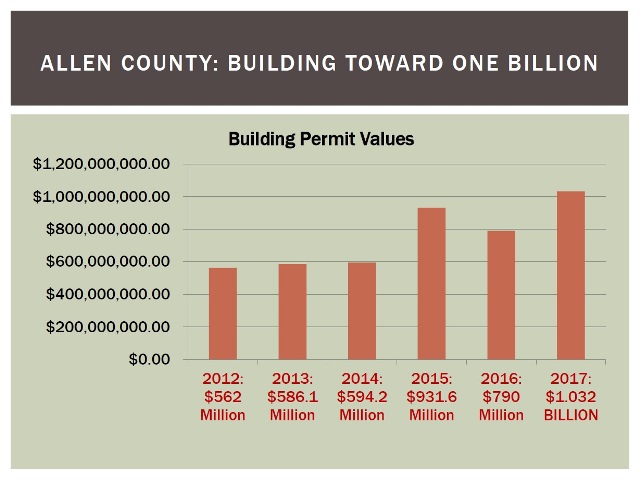 It’s an accomplishment Allen County has been building toward for a number of years. And today, the Allen County Board of Commissioners announced that construction investment exceeded $1 billion during calendar year 2017.

According to the Allen County Building Department, the value of building permits issued last year totaled $1.032 billion. The previous high was in 2015, when the value of permits was $931.6 million.

“We have things like shovel-ready sites, spec buildings, things that we have been very proactive on to insure that we have the appropriate development occurring in Allen County,” said Commissioner Nelson Peters.

Data from the Building Department also showed that in the last three years the value of permits issued for projects in unincorporated Allen County has outpaced the value of those issued in incorporated areas.