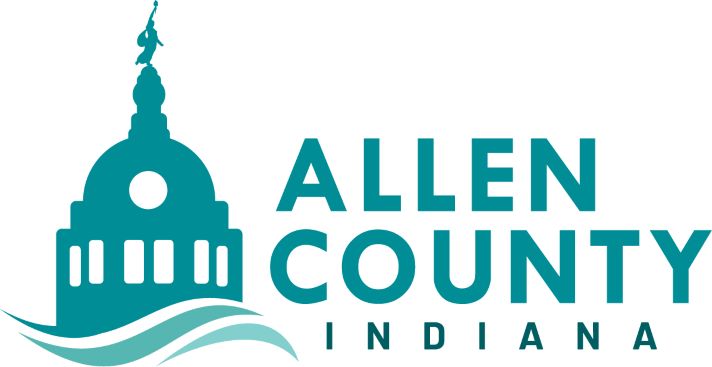 “These new designs help further align the values of all of our residents in the county with the symbols and branding we use,” said the Allen County Board of Commissioners.  “By unifying how we identify the county, we hope to increase awareness of county programs and services as well as increase citizen engagement with county government over time.”

The official Master Seal serves as a visual representation of Allen County and instantly identifies the county government branch. The design uses familiar visuals that are easily identifiable as belonging to Allen County. The center of the seal contains the unmistakable dome of the Allen County Courthouse, while the three waves in the forefront represent the St. Joseph, St. Marys, and Maumee Rivers. Above the waves, furrowed fields represent the county’s agricultural history and the line of tress behind the dome symbolize the forests and wetlands found throughout the area. The year Allen County was founded, 1824, is clearly displayed as well.

The Allen County logo is a less formal design that is used in communications outside of official county business.  It ties into the Master Seal with the repetition of the Allen County Courthouse dome set against three waves representing the three rivers.

Allen County government embarked on the creation of the new visual identity as part of its strategic planning efforts.  Last August, employees had the chance to participate in a survey as part of this effort.  Along with the survey, a committee of 15 employees representing eleven separate County departments worked with Asher Agency to brainstorm and collaborate to create the new seal and logo.

The public reveal of the re-branding project coincides with Public Service Recognition Week — celebrated the first week of May since 1985 to honor the people who serve as federal, state, county, local and tribal government employees.